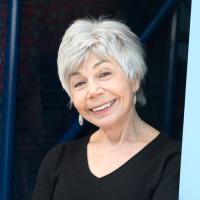 He totaled his blue truck —

slowly spun out on an icy bridge,

rammed it into a guard rail.

A passing couple brought him home.

with letters from the Motor Vehicle Department

before he relinquished his license.

Before we met, while driving cab,

he broke his neck. It rewelded

Six years later, it’s that jut I suddenly see ahead.

It’s late, but for once no mist or fog. And on all

the twists and turns of that coastal highway,

its bluffs and coves, I am following

the spitting image of him

in that battered Sonoma —

the slumped driver silhouetted by my lights —

only the two of us on the road. 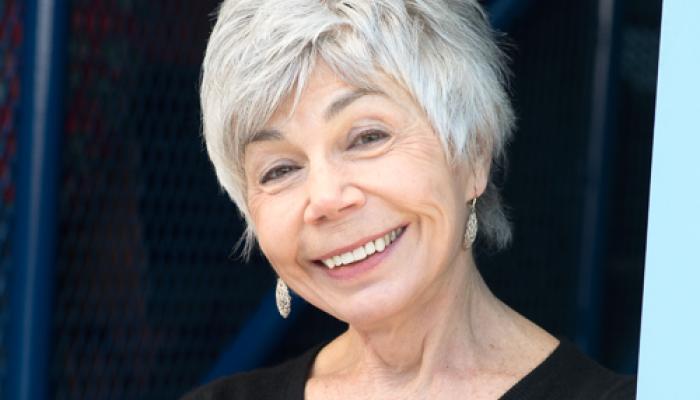 Jane Munro is a Vancouver writer and educator. False Creek (Harbour Publishing, 2022), is her newest poetry book. It balances her signature themes -…

You can find out more about Jane Munro – and how she recites poetry while upside down in yoga poses – at http://www.janemunro.com/

Listen to Jane Munro reading from Blue Sonoma, the book that “Sonoma” is taken from: https://www.youtube.com/watch?v=qew94T7M330

Jane Munro, “Sonoma” from Blue Sonoma. Copyright © 2014 by Jane Munro. Reprinted by permission of the publisher.