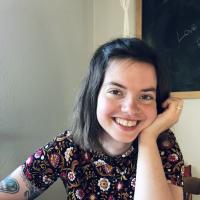 We could read your words from anywhere

in your swivel chair listening to your parents

dream-breathing down the hall while you typed

to boys from Kelowna and Trinidad about

your boredom and body. You blogged

about the three-legged moose you saw

on the highway to Terrace, the lonely red

radio light on top of a mountain. A boy

from Michigan called you on the phone.

His voice reminded you of a TV show.

It was dawn there, Detroit already falling

like an ancient empire. In the photo he sent

his face was obscured by a trucker hat.

Was the internet a series of tubes, or something

scientists kept in a room in California?

Did a robot army of spiders weave its connections?

In every post, you were the lonely red radio light

we could see from the airport but never get close to.

kids in other towns cut themselves, how other

kids walked around other ice rinks with other

problems and frenemies. After school

you lived different versions of the same.

Listen to me, Lonely Radio, I sat behind you

was shot dead by his teenaged wife.

Another internet friend messaged you about it.

In the news article, you could see the wife’s photo

but not his. Lonely Radio, you haven’t written

in a while. I think of you every time I fly

from Terrace with Styrofoam coffee and the sun

closing red behind the mountains — please 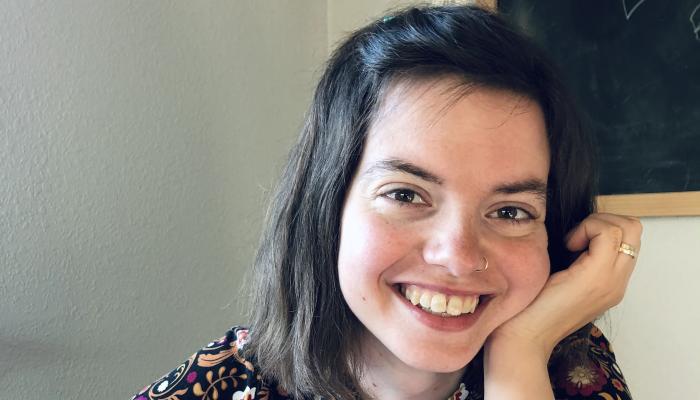 Kayla Czaga lives in Victoria, B.C., where she teaches poetry online, manages a Neapolitan pizzeria, and tries to write poems when she can. You can…