from Quit Dying to Die 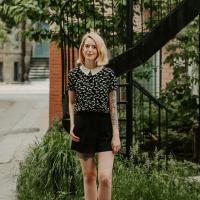 When the doctors burrowed into my body, they unearthed a slew of tumours. Growths speckled across lungs and kidneys. (Later, they would find the duo nestled into my cortex.) A Starry Night, the ultrasound technician titled my organs. He said they looked calcified as an alcoholic’s liver. Before the calcification was recognized as tumours, before those tumours were known as lymphangioleiomyomatosis (LAM). Surrounded by a velvety sea of blackness, organs are the grey vessels in MRI scans. Tumours show up as black pinpricks, and LAM-infested lungs fill up until they disappear beneath the waves. Transplants are useless. Darkness seeps into every new tissue. There doesn’t need to be a kraken here. The body is intent on drowning itself.

A sick body is an enchanted forest, overflowing its borders with civil war.

Every beast becomes a circle, because they’re devouring their own tails. Diseased cells cover the land with fresh, rotten foliage that snaps off sunlight at the jugular. It’s a brutal cannibalization of the self. 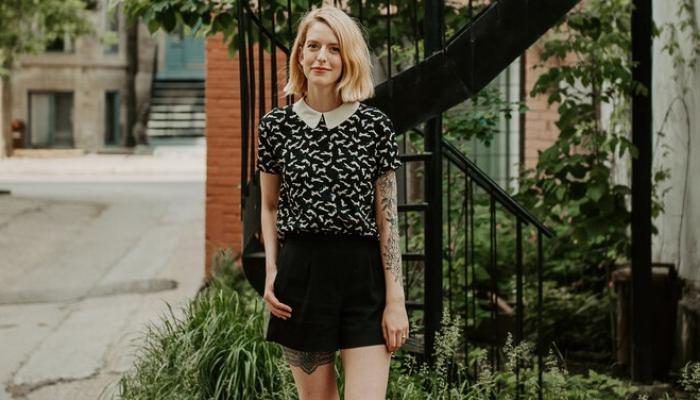 Lauren Turner is a disabled poet and essayist. Her chapbook, We’re Not Going to Do Better Next Time, was published by knife | fork | book in March…

Lauren Turner, excerpt from "Quit Dying to Die", from The Only Card in a Deck of Knives. Copyright © by Lauren Turner 2020. Reprinted by permission of the publisher.

Source: The Only Card in a Deck of Knives (Buckrider Books, an imprint of Wolsak and Wynn Publishers, 2020)