Johanne Blais has hosted many Poetry In Voice/Les voix de la poésie National Finals since 2013 and also serves on our board. She is a trained translator and a retired professor of grammar and writing skills. Perfectly bilingual and a passionate admirer of the languages of both Shakespeare and Molière, Johanne Blais spent 17 years sharing her passion with thousands of Canadians as CBC Radio C’est la vie’s “Word Lady,” through her language segment “Word of the Week.” Born in Montreal, the poet, novelist and essayist Nicole Brossard has published more than 30 books since 1965. She received numerous awards during her career, including the Governor General’s Literary Award for Poetry, which was awarded to her twice (in 1974 and 1984). She is among the leaders of a generation who revisited poetry in the 1970s in Quebec. She contributed to the dissemination of women’s literature by participating in the creation of journals and the publication of an anthology of women’s literature in Quebec. She is also known for her feminist commitment, which is reflected in her poetry, fictional works and essays. Mathew Henderson grew up in Tracadie, Prince Edward Island. After he graduated high school, Henderson worked summers in the oil fields of Saskatchewan and Alberta. His experiences there provided inspiration for his first book of poetry, The Lease. In 2013, it was shortlisted for both the Trillium Book Award for Poetry and the Gerald Lampert Award. Henderson earned an MFA from the University of Guelph. His most recent book of poetry is Roguelike. Evelyn Lau is the Vancouver author of thirteen books, including eight volumes of poetry. Her first book, Runaway: Diary of a Street Kid (HarperCollins, 1989) was published when she was 18; it was made into a CBC movie starring Sandra Oh in her first major role. Evelyn's short stories, essays and novel have been translated into a dozen languages. Her poetry has received the Milton Acorn Award, the Pat Lowther Award,a National Magazine Award and nominations for the BC Book Prize and the Governor-General's Award.  Her poems in journals have been chosen numerous times for inclusion in the Best Canadian Poetry anthology series. Evelyn Lau's poetry is recognized for its emotional intensity and search for honesty;  narrative and lyrical, her early work explored her difficult past, while later work has revolved around themes of relationships, urban life, cultural background and the natural world.  From 2011-2014, she served as Poet Laureate for the City of Vancouver. Evelyn's most recent collection is Pineapple Express (Anvil, 2020). Georgette LeBlanc is a writer of free verse novels, poems, and songs. Her writing transcends perspective, time, and genre through the use of a literary Acadian language rising beyond folklore to reach a mythical universe. Her poetic voice is in turn playful and vibrant, enigmatic and intimate. Literary translation, memory, history, and performance are among her interests. Her published works include Alma (2007), Amédé (2010), Prudent (2013) (finalist for the 2014 Governor General’s Literary Award for poetry), and Le Grand Feu (2016), published by Éditions Perce-Neige. Georgette LeBlanc was the Parliamentary Poet Laureate in 2018 and 2019. The founding Creative Director of Poetry In Voice, Damian Rogers put together our poetry anthology and helped develop our senior recitation competition. She is the author of two books of poetry, Paper Radio and Dear Leader. Born and raised in suburban Detroit, Rogers has lived in Toronto since 2003, where she has worked as a journalist and poetry editor. Hector Ruiz is the author of three poetry books and one essay on poetry teaching. His poetry has been published in magazines such as Exit, Estuaire, Moebius and XYZ. Ruiz teaches literature at Montmorency College, and won, together with Dominic Marcil, the Prix d’innovation en enseignement de la poésie du Festival international de la poésie de Trois-Rivières in 2011. His commitment to teaching was acknowledged by an honourable mention from the Association québécoise de pédagogie collégiale in 2015. His latest poetry book is Désert et renard du désert (Le Noroît, 2015) 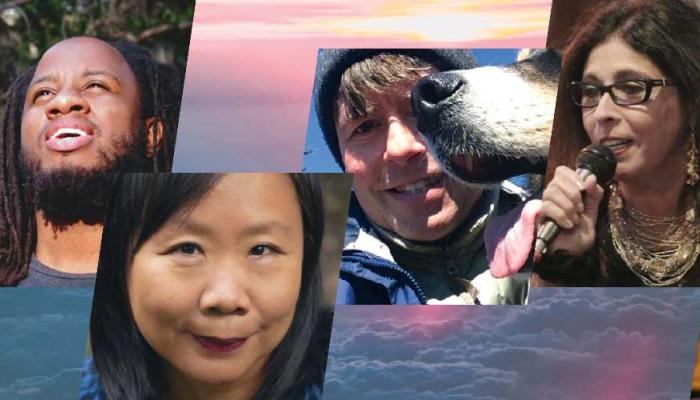 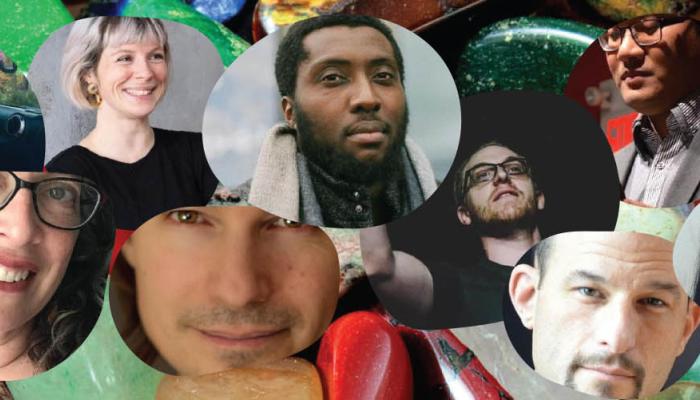 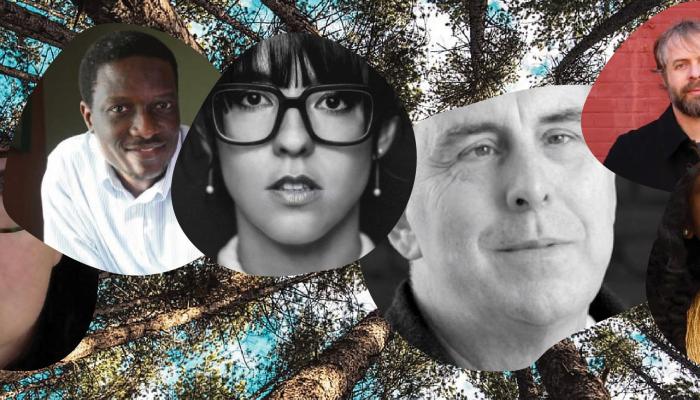 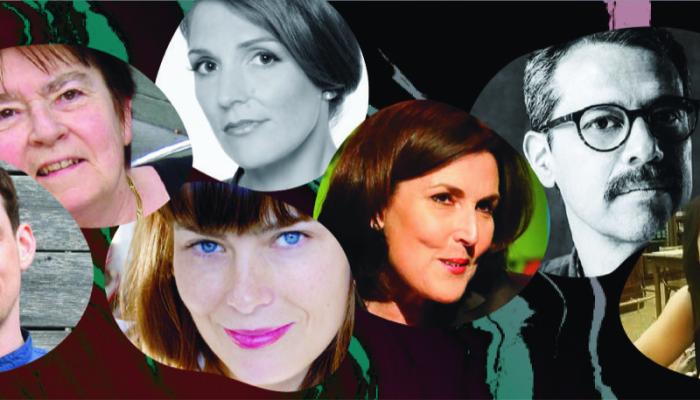 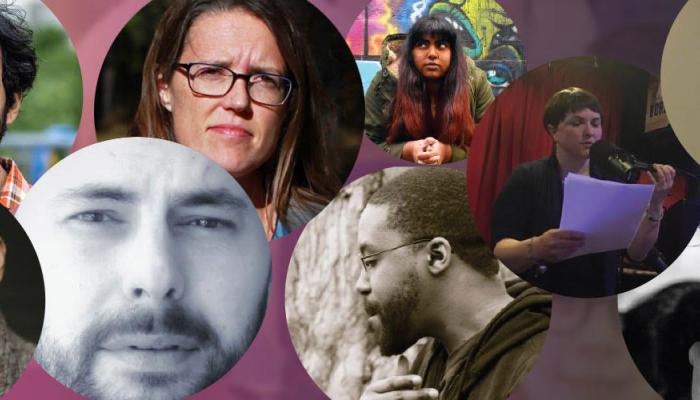 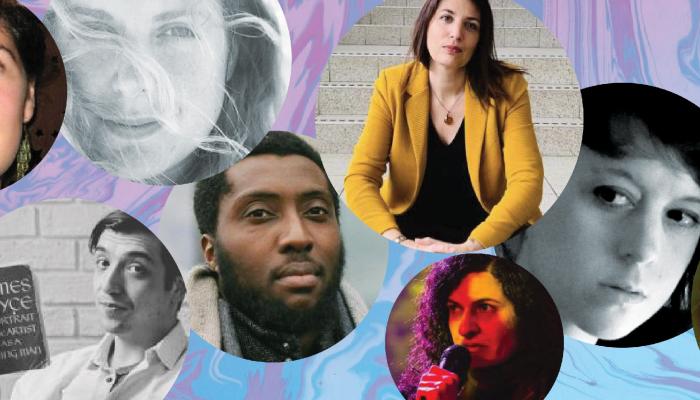 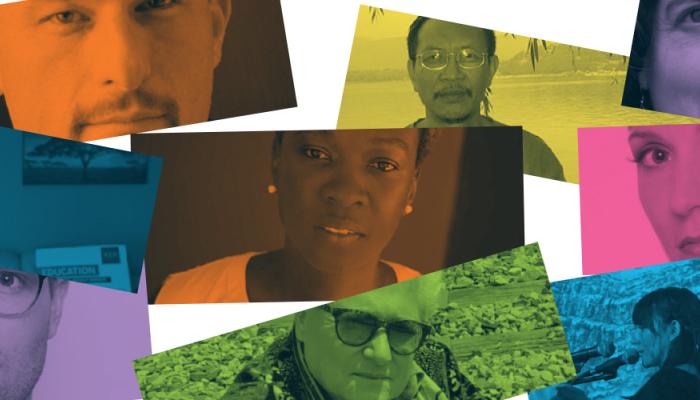 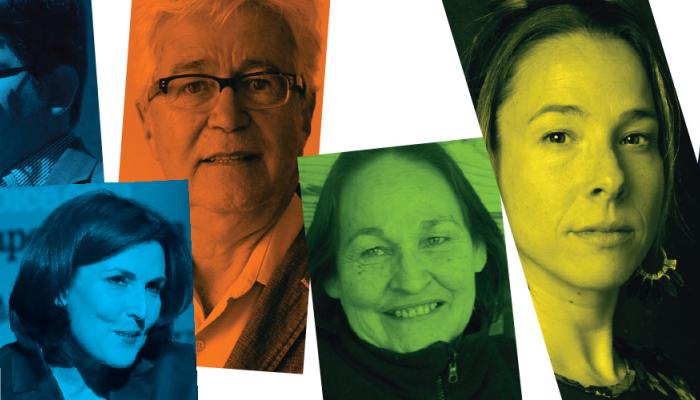 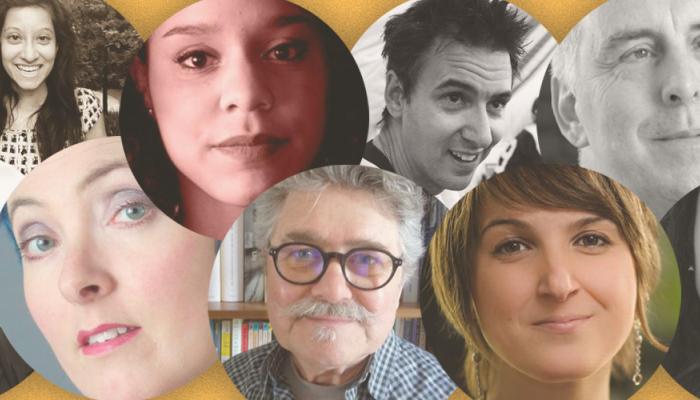 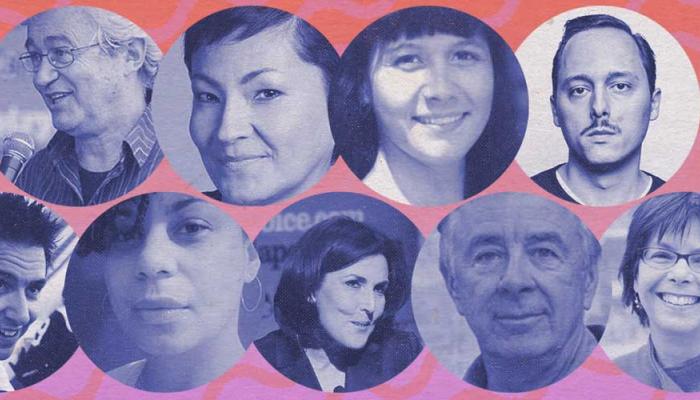 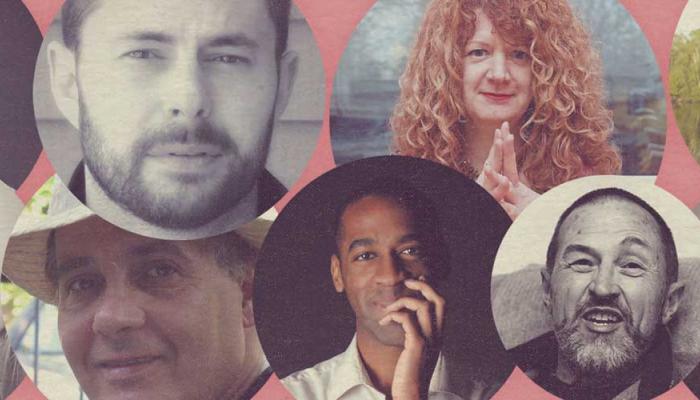 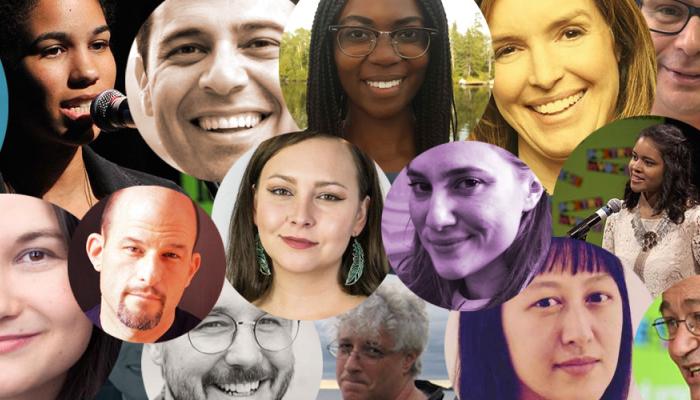 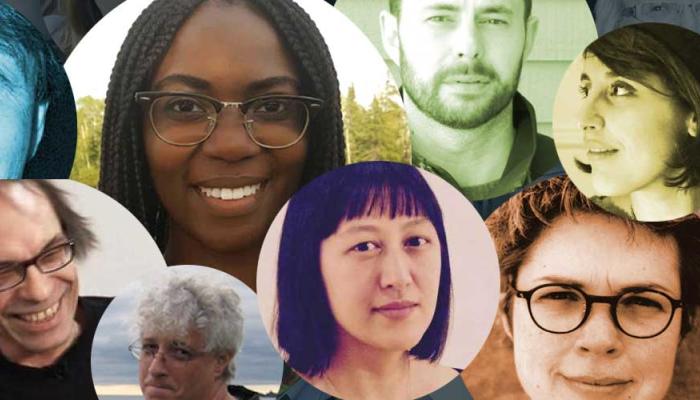 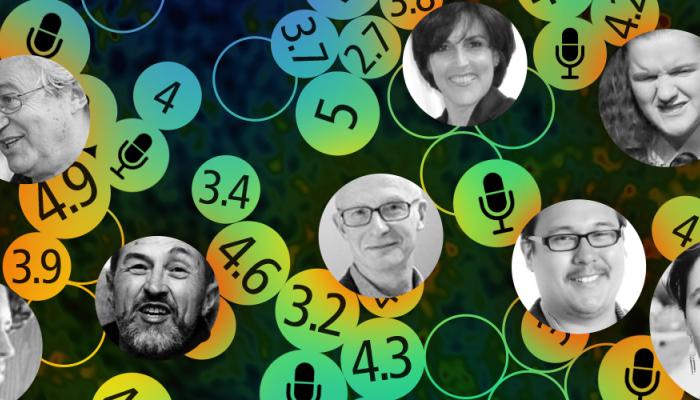 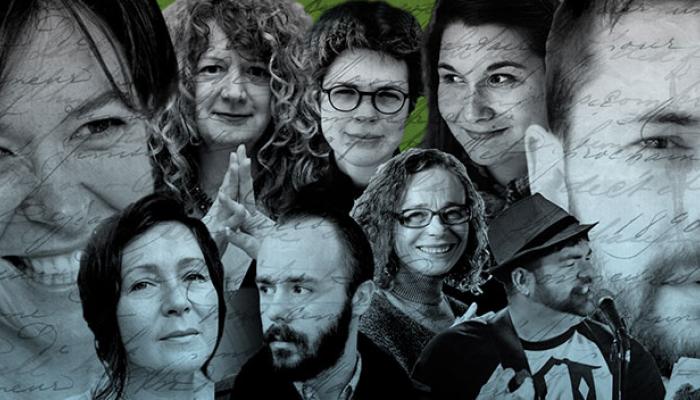 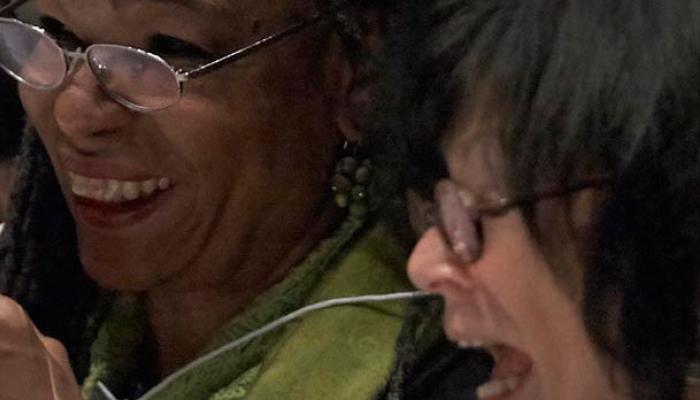 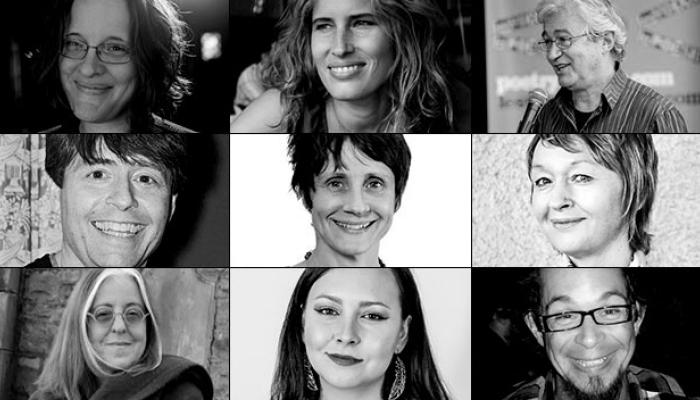 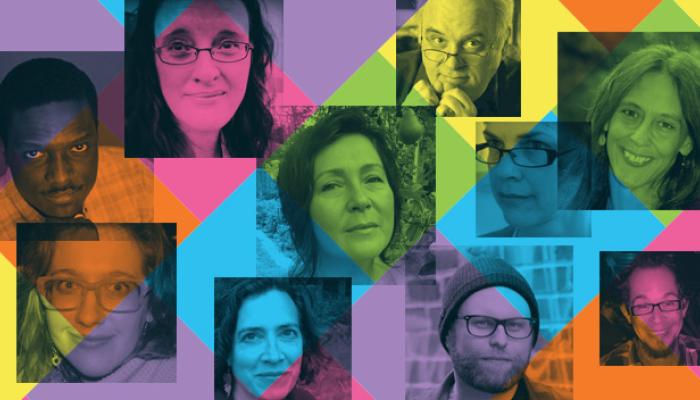 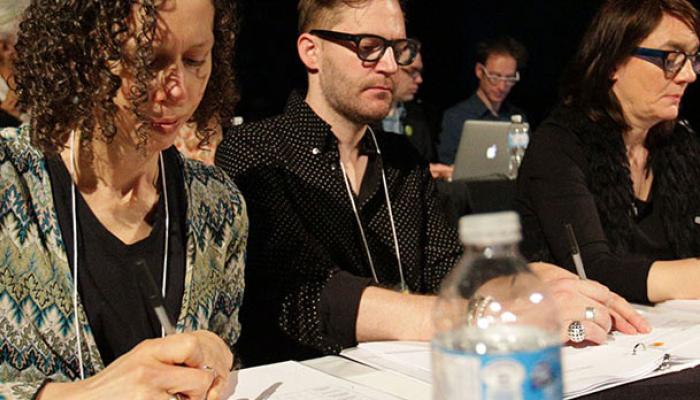 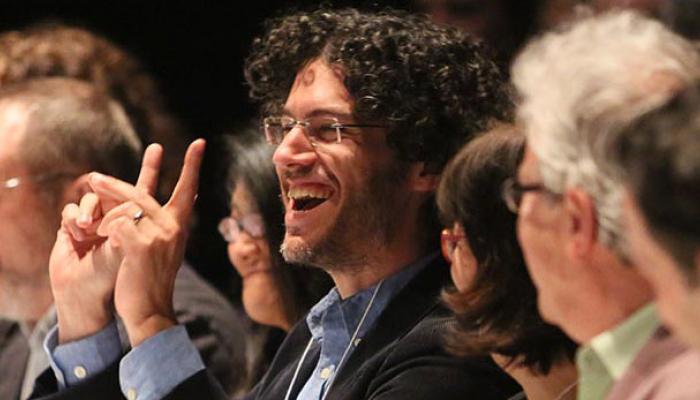