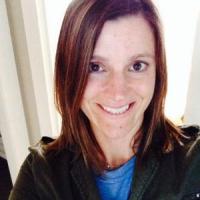 To many students, the word “ballad” will call to mind a slow, probably sentimental song. In the world of poetry, however, a ballad is a lively storytelling poem written in what is called the ballad stanza.

The ballad stanza is simple to illustrate and recognize, and is not difficult to describe. In its most familiar version, the ballad stanza is four lines of alternating four-beat (tetrameter) and three-beat (trimeter) verse, with the second line rhyming with the fourth. Students may recognize this form from the theme song to “Gilligan’s Island,” written out here with the accented syllables (the “beats”) in capital letters:

Just SIT right BACK and you’ll HEAR a TALE,

A TALE of a FATEful TRIP

That STARTed FROM this TROPic PORT

Or they may remember it from “The Owl and the Pussy-Cat” by Edward Lear:

They dined on mince, and slices of quince,

Which they ate with a runcible spoon;

And hand in hand, on the edge of the sand,

They danced by the light of the moon…

This lesson will teach your students about the typical metrical forms of the ballad (how they sound), and the typical narrative moves of the ballad (how they tell their stories), by having them write ballads based on comic, even outrageous, source-material. In doing this, they will join a long tradition of sensationalist journalism written in ballad form: the tradition of “broadside ballads,” like the one that Shakespeare mocks in The Winter’s Tale —

Here’s another ballad of a fish that appeared upon the coast on Wednesday the fourscore of April, forty thousand fathom above water, and sung this ballad against the hard hearts of maids. It was thought she was a woman and was turned into a cold fish for she would not exchange flesh with the one that loved her. This ballad is very pitiable and true.

— or, like this one, whose description appears in Robert Graves’ English and Scottish Ballads:

A most miraculous strange and trewe ballad of a maid cow dwelling at the town of Meurs in Dutchland, that hath not taken any food this 16 years and is not yet neither hungry nor thirsty: the which maid hath lately been presented to the Lady Elizabeth the King’s daughter of England. This song was made by the maid herself and now translated into English.

In this lesson, students will have opportunities to:

To teach this, lesson you will need:

1 to 3, depending on selection of final project