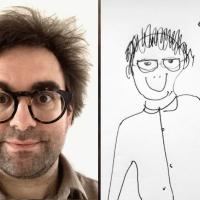 These workshops focus on reading simple but unique poems that embody the idea of play in various ways, and on group/individual writing in a spirit of exploration and spontaneity.

​​IMPORTANT: All these exercises (with the exception of the correspondence-poem exercise at the end) can be done either in paired ESL-FSL class context, or in a regular English-language class (ESL or non-ESL).

One of the goals of this in-class workshop is to encourage exchange between ESL and FSL groups (or any English-speaking and French-speaking groups). If the groups are geographically separated, this exchange can take place via a videoconferencing platform such as Zoom, and be extended via email correspondence, according to students’ level (see extra correspondence exercise at the end of this outline). All exercises can be done in person or via videoconferencing, but in person interaction between students/poet/teacher is invariably easier, and often richer. The correspondence exercise aims to address this discrepancy, and to bring students together that are not able to collaborate in person.

Another approach focused on ESL-FSL exchange that can be applied to all exercises is to do the same exercise in both languages simultaneously with two classes (one ESL and one FSL) with each class divided into two groups, with half of each group paired with the other, thus making for two mixed ESL/FSL groups. One of the mixed groups does the workshop in English, and the other in French. This way, students with varying degrees of language ability can work together, ideally in pairs formed of one ESL student and one FSL student.

Each exercise results in one poem written by the student. In the context of a “conventional” pairing between an ESL group (doing the exercises in English) and a FSL group (doing the exercises in French), it can also be interesting to exchange poems with the opposite language group, so that the students in both groups can translate the poems into their first language (or primary language of use). For example, an anglophone student in FSL would translate a French-language poem into English. The translated poems are then shared with their authors, who get to read their poems (originally written in their second language), translated back into their first language/primary language of use.

It is strongly recommended that the teacher and visiting poet do the exercises at the same time as the students. Teacher/poet participation puts the students at ease, and helps make the context less hierarchical.

Note: each period should start with a short reading, either of a poem taken from the anthology, or from the poem suggested in the course outline. During these readings at the beginning of class, ask students to take note of words from the poems that they find interesting, complicated, funny, silly, etc. These lists will form the basis of “word pools” to be used during the exercises.

– reading and comprehension of simple poems (students always have the text of the poem projected, so as to be able to read along during readings by visiting poet)

– introduction to the flexibility of vocabulary and syntax of poetic language

– paper and  pencils for each student, for individual writing

About this lesson plan

Homage to the Mineral of the Onion (I)