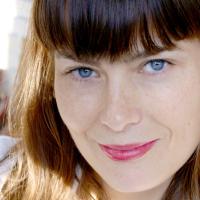 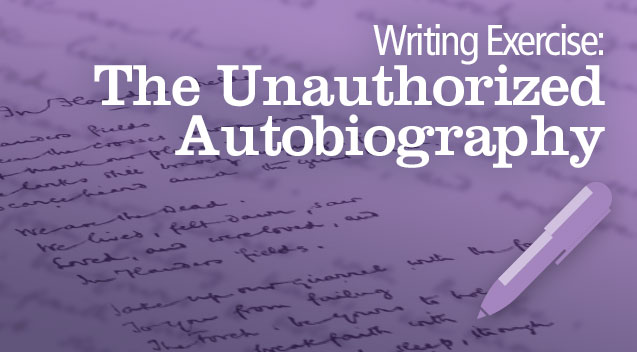 Source poem: “Jack Would Speak Through the Imperfect Medium of Alice” by Alice Notley

To figure out how this poem works, read it silently and out loud. To hear how the poet reads it, watch this clip from Canadian filmmaker Ron Mann’s documentary Poetry in Motion, which shows Notley reading the poem at The Poetry Project’s annual 24-hour New Year’s Day celebration at New York’s St. Mark’s Church-in-the-Bowery in the early 1980s.

Then, to see how the feel of the poem shifts when read in a different voice — but also to hear how the unique music of the poem does not change — watch a quick clip of Sadie Anne Hirschfield’s recitation (at about 1:30) from the Poetry In Voice/Les voix de la poésie finals in 2012.

It’s helpful to know that Notley wrote “Jack Would Speak Through the Imperfect Medium of Alice” in the voice of the writer Jack Kerouac, whose books and public image are at the center of what the press called the Beat Generation. Kerouac was already dead, and so Notley imagined that he was speaking through her. She uses the poem as a kind of fake or “unauthorized autobiography.” In the poem, Notley imagines Kerouac claiming all the aspects of his life — even the ugly, unglamourous details of his final years. “Jack Would Speak Through the Imperfect Medium of Alice” directly addresses his fans who only want to remember him as he appeared in his youth, as the gorgeous, athletic, jazz-loving, trailblazing author of On the Road and The Dharma Bums.

I asked her how Kerouac’s work influenced her and she said, “Oh, the rhythms, the vocabulary, the sympathy. What I really liked about the Beats was their sympathy. A poem was sympathetic to anyone who came inside its orbit…. Jack did this writing that’s in love with and interested in all the people that it deals with. [It combines] this total interest in all the characters with this fantastic language that comes out of Shakespeare and jazz, floating on these amazing rhythms, blowing out of the mouth that way.”

In “Jack Speaks Through the Perfect Medium of Alice,” Kerouac’s life is revealed to be an unbroken circle, beginning with his death and ending in his birth. Notley also incorporates what she loves about Kerouac’s writing — his sensual love of language and the musical quality of his work — into the style, sound, and rhythm of the poem.

First choose someone to write about. Do you have any dead heroes? It could be a famous writer, painter, athlete, prime minister, revolutionary — anyone who has been the subject of a lot of biographies. You want to choose someone with a large public life who has already died — whether last year or 400 years ago — so that you can look at that life as a whole.

Do some research and write down some of the major details of your chosen subject’s life, including aspects that reveal your hero’s flaws. For example, Jack Kerouac ended his life living at home with his mother, overweight and suffering from alcoholism. Though he was interested in Zen Buddhism at the height of his fame, he returned to the Catholicism of his youth. Many of his fans, who loved him for the way he seemed to embody the iconoclastic, bohemian spirit of the so-called Beat Generation, felt betrayed by his later conservatism. They preferred to remember him in his prime and found the rest of his life an embarrassing slide into failure. Rather than erasing these unappealing facts, Notley’s poem demands that we recognize them as equally a part of Kerouac’s life. To truly encounter his spirit, she seems to say, we must examine him fully, warts and all.

Imagine what your hero would say if he or she could speak through you. Write a letter to the modern world in your hero’s voice that addresses both fans and detractors, acknowledging the less attractive aspects of your hero’s life while still celebrating what you admire. As you write, try to weave together the good and the bad, embracing the contradictions you discover. Human lives are messy and we are closest to our heroes when we face their humanity.

MORE CONTEXT FOR THOSE WHO WOULD LIKE TO TAKE IT TO THE NEXT LEVEL:

As helpful as it is to know more about this poem’s subject, Jack Kerouac, it’s also tremendously useful to know more about Alice Notley’s own biography when thinking about how this poem works. Alice Notley was born in Bisbee, Arizona, in 1945, and grew up in Needles, California. She attended the Iowa Writers’ Workshop to study fiction, earning her MFA in 1969, but she switched to poetry early on and has reportedly never looked back. Widowed twice, she was married to the American poet Ted Berrigan (1934-1983) and the British poet Douglas Oliver (1997-2000). Her two sons with Berrigan, Anselm and Edmund Berrigan, are also both poets. Though closely associated with the “Second Generation New York School” movement due to her first marriage and her active role in Manhattan’s downtown literary scene from the ’70s through the ’90s, her work resists this kind of categorization and she has proven herself to be a fiercely independent artist with a distinct aesthetic vision. Notley has published over 20 books of poetry and has won various awards, including the Griffin International Poetry Prize for her collection Disobedience in 2002.

When I interviewed Alice Notley in 2007, we talked about how poetry is traditionally taught in school. I asked her how she thought it should be taught and she said, “From high school, I would have kids read a lot of different kinds of poetry and not cleanse it all. What they get is so cleansed. They should have to memorize again. You have to be educated by sound.... Poetry is about this very specific use of language that is like music, but that does more than music does.”

The best way to understand this poem is, of course, to memorize it! Can’t say I disagree.