From the Window of My Home-Town Hotel 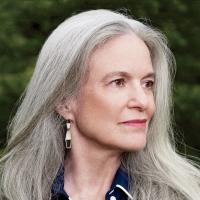 On the lee slope of the small coastal mountain

which conceals the sun the first hour after its rising,

in the dry, steep ravines, the live

left over from an earlier world.

A crow with a swimmer's shoulders works

the air. And a little bird flies up into a

folded up into a bud again.

In the distance is a very old pine, now sparse

and frail as if hand-painted on a plate

washed for a hundred years. And the bell

in the tower, which rings the hours — the rhythm

of its intervals is known to me.

I am forgetting my mother. It well may be

some fur of her marrow is in a steep

trough of fog aslant in a gouge

of these hills — her bones were pestled in this city,

down the street from this hotel,

after her face had been rendered back

to her God. I don't sense her here.

At moments I picture my young self,

a mosquito proboscis. She knew this place.

This is where she saw the grindings of the

femurs and ulnas breathing in the air,

and the crow's work by which it earned

its eggs, and where a songbird seemed

a flower again, and saw a tree

worn away by human eating,

and the double notes of several metals'

struck resonance waiting in what had

been them, before they were belled from the earth.

She wanted what was not there, and she saw and heard it. 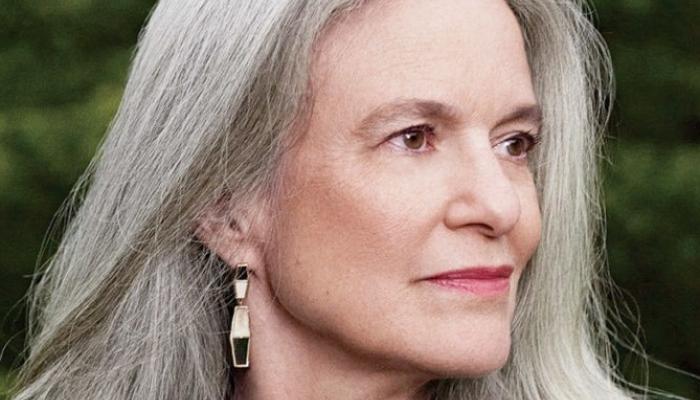 Sharon Olds is one of the few contemporary poets that could be called famous. She is the winner of countless major prizes, including the Pulitzer…

Sharon Olds, "My Poem Without Me in It" from Arias. Copyright © 2019 by Sharon Olds. Reprinted by permission of the publisher.