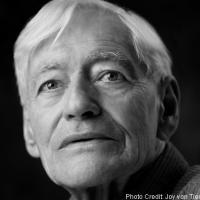 wandering to the other, wandering

the spiritual realities, skilled in all

ways of contending, he did not search

out death or courage, did not

found something, a country,

or end it, but made it endless,

that is his claim to fame, to

seek out what is beyond any single

man or woman, or the multiples

of them    the magic country that

the bridges    I strained for, strings

of my vastness in language, and

the cars rushed by in both

directions flashing at one another

the mechanic of splendour, sought

after, chanted in the windy

cables    and the river sailed,

haphazard, under the solitude

he had only the stories to tell, naked

and plotless, the spiritual territories,

the mechanic of the marvellous dreamed

of Stalin and Hitler and the ordinary,

endlessly knew where he had gone

and, then, came back, whatever happens

if, I said — I was talking to religionists —

solve the whole terror, then where

is god?    certainly not in happiness

and since god is not in unhappiness,

there you have it     the skilled

adventure in hostilities with no name 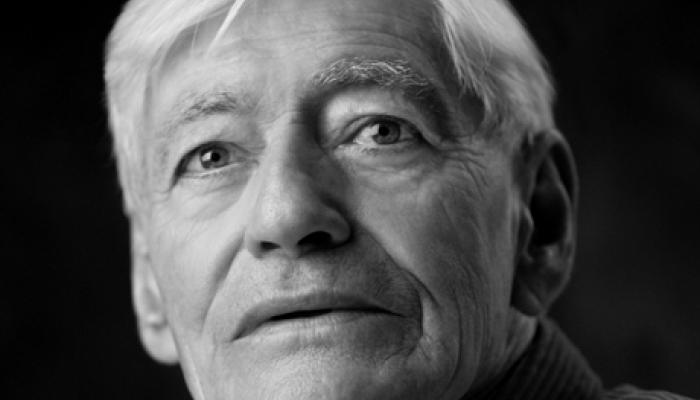 A key figure in the San Francisco Renaissance during the 1950s, Robin Blaser moved to British Columbia in the 1960s to teach at Simon Fraser…