Portrait of Alice with Elvis 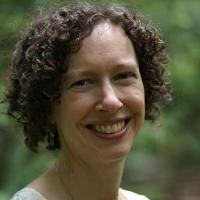 Queen and King, they rule side by side

in golden thrones above the clouds.

Her giggle and wide eyes remind him

of his first young wife, and his twang

never ceases to thrill her, so different

from the prim accents of men she’s known.

She sings for him, “Hound Dog”

and “Heartbreak Hotel,” and he turns

campier with each performance, hip-twists

till her eyes stream and she melts with laughter.

Sometimes they leave their airy realm

in Memphis, visit the Tate Gallery in London

solemnly to ponder the Lady of Shalott

alone and adrift in her rowboat.

In rare arguments over fame, he cites

the Churches of Elvis, the Vegas tributes,

while she mentions the Alice shop in Oxford,

the Alice ride at Disneyland. He says more books

have been written about him, but she insists hers

are of higher calibre, her words are quoted

much more often than his. He calls up wax figures,

she teapots and tarot cards. Both delight

in their limited edition collector’s plates.

For dinner they fry chicken, make tea and scones,

He runs her a lavender bubble bath,

washes her hair, greases his own.

She lays her head against his chest

during late night TV, murmurs of the man

who gave her fame, and he of the woman for whom

he won his. She wants to sway

to the beat of his heart in her ear, slow

as “Are You Lonesome Tonight.” In sleep

their tear-blotched faces could be anyone’s. 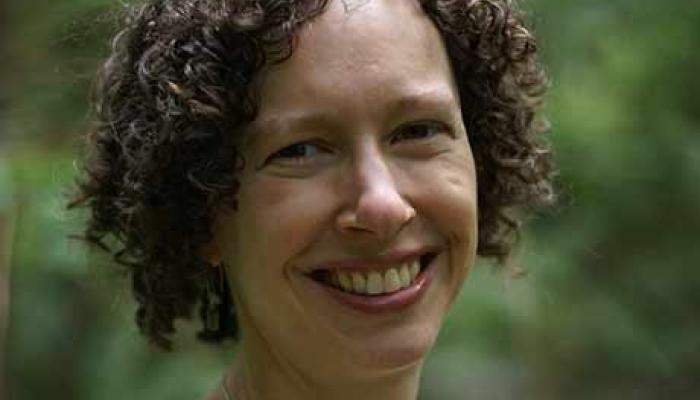 Born in Vancouver, Stephanie Bolster teaches in and coordinates the creative writing program at Concordia University in Montreal. Her first book,…

There are so many different versions of Lewis Carroll’s Alice’s Adventures in Wonderland and some beautifully illustrated editions. Have you ever read the original book? The language is very interesting. You can read it here for free:
http://www.gutenberg.org/files/11/11-pdf.pdf?session_id=47d8db63e84a46ff5396d2bdf97a86474616cf1f.


Read a few pages of it and compare its pacing and humour to the visual style of the 1951 animated film:
https://www.youtube.com/watch?v=KLIqErnQCuw


and then to the recent Tim Burton adaptation:
https://www.youtube.com/watch?v=9POCgSRVvf0

What is the deal with people who worship Elvis like it’s a religion? Ask the internet…
https://www.youtube.com/watch?v=v_6mWVdUFts
http://hyperdiscordia.crywalt.com/sacred_heart_elvis.html
http://www.visiontv.ca/2011/07/05/encore-presentation-of-the-church-of-elvis-on-visiontv-starting-july-18/

Stephanie Bolster, “Portrait of Alice with Elvis,” from White Stone: The Alice Poems. Copyright © 1998 by Stephanie Bolster. Reprinted by permission of the author and Véhicule Press.