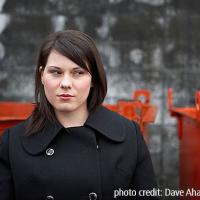 It was down that road he brought me, still

in the trunk of his car. I won’t say it felt right,

but it did feel expected. The way you know

That September, the horseflies were murder

in the valley. I’d come home to visit the family,

get in a couple of weeks of free food, hooked up

went bad. When he cut me, I remember

looking down, my blood surprising as paper

snakes leaping from a tin. He danced me

around his basement apartment, dumped me

on the chesterfield, sat down beside me, and lit

a smoke. He seemed a black bear in the gloam,

shoulders rounded under his clothes,

so I tried to remember everything I knew

about black bears: whistle while you walk… carry bells…

play dead. Everything slowed. I’ll tell you a secret.

It’s hard to kill a girl. You’ve got to cut her bad

and you’ve got to cut her right, and the boy had done neither,

Pain rose along the side of my body, like light.

I lay very still while he smoked beside me: this boy

I’d camped with every summer since we were twelve,

the lake so quiet you could hear the sound

of a heron skim the water at dusk, or the sound

of a boy’s breathing. I came-to in the trunk of his car,

gravel kicking up against the frame, dust coming in

through the cracks. It was dark. I was thirsty.

I couldn’t move my hands or legs,

The pain was still around. I think I was tied.

We drove that way for a long time before

of gravel crunching under tires. I could smell the lake,

a place where, as kids, we’d come to swim

up from that lakebed. All those black bones

rising from black water. I remember,

we’d always smelled of lake water and of sex

by the end of the day, and there was a tape of Patsy

Cline we always liked to sing to on our way out —

which is what I thought we’d be doing that September

afternoon. That, or smoking up in his garage.

You know, you hear about the Body

all the time: They found the Body…

the Body was found… and then you are one.

Someone once told me the place had been

But that was a long time ago. When the engine stopped,

I heard the silver sound of keys in the lock

and then I was up on his shoulders, tasting blood. 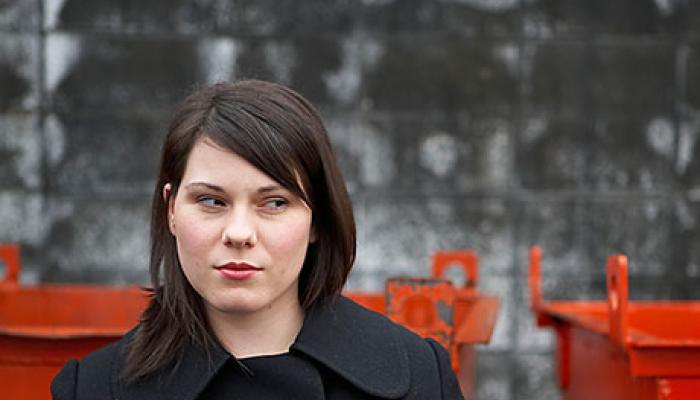 Poet Elizabeth Bachinsky was born in Regina, Saskatchewan, and raised in Prince George and Maple Ridge, British Columbia. Her second book, Home of…

An interview with Elizabeth Bachinsky and filmmaker Michael V. Smith: